After breaking down during an emotional podcast, Joanna Gaines receives an outpouring of support.

Joanna Gaines has revealed secrets about her marriage to Chip, her family life with their five children, and her home renovations as a reality TV star. However, in her new memoir, The Stories We Tell, Joanna Gaines reveals a more vulnerable side than ever before.

Joanna Gaines accompanied her new memoir with a four-episode podcast of the same name. Conversations with Chip, her sisters Mikey and Teresa, and her mother, Nan Stevens, are featured in the episodes. The episode with her mother became especially touching as the mother and daughter talked about Nan’s past and their shared Korean heritage. 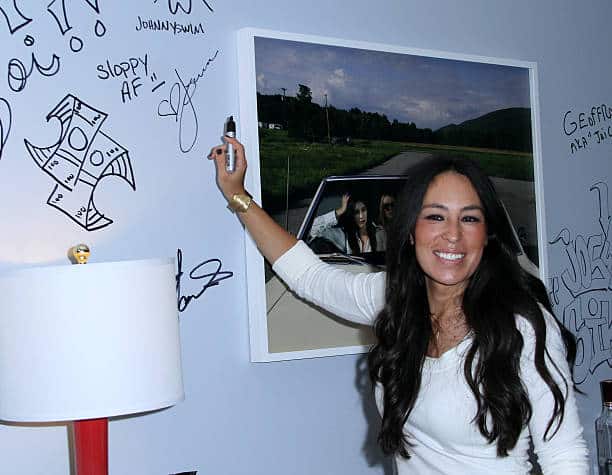 Nan tells the story of her emotional childhood in Korea, where she suffered verbal and physical abuse from her parents as a bold and boisterous child. She claims she has always felt “less,” as if she were an outsider. She grew up rebellious and admired American culture, and when she was 18, she met and fell in love with Joanna’s father, Jerry. Jerry, who was in the military at the time, is described by her as a “hippie” with long hair and John Lennon glasses, and when he asked for her hand in marriage, her parents initially refused. Nan’s mother later stole her father’s stamp and essentially forged her father’s signature in order for the couple to marry.

Nan then went to the United States, where she felt like an outsider once more. While attempting to dress and act like an American woman, she had good and bad days. Nan grew to appreciate her heritage as she raised her three daughters. She claims that whenever her mind wanders to a negative place, “God always helps me. God has blessed me with my wonderful family, and this is the final chapter in my life. “I’m full, and my heart is happy.”

Joanna Gaines then discusses her time in New York City after graduating from college. She went to Korea town and began to appreciate her heritage. Joanna tells her mother, through tears, “I’ve always wanted to apologise for living in half-ness and not fully embracing the most beautiful aspect of myself, which was you, the culture that was half of me as a Korean little girl, a Korean teenager, and a Korean woman. “I was filled with guilt and regret.” She made the conscious decision to embrace her culture and history going forward. “That is the most important feature of who I am. And walking in that fullness changed the story for me.”

For more latest news :  AVATAR 3 LAUNCHING DATE, CAST, TITLE, AND ALL THAT YOU REALLY WANT TO BE KNOW

Joanna Gaines shared a photo of her mother and sisters, writing, “On last week’s podcast, I talked with my sisters about our shared childhood experiences, which was both sweet and therapeutic. In today’s finale, my mother will join me to tell her inspirational story. I’m honoured to be a part of this story. You can listen to The Stories We Tell on your favorite podcast platform!#The Stories We Tell” Fans flooded Joanna with messages of encouragement.

The Stories We Tell is available on Spotify, Apple Podcasts, or wherever you listen to podcasts.